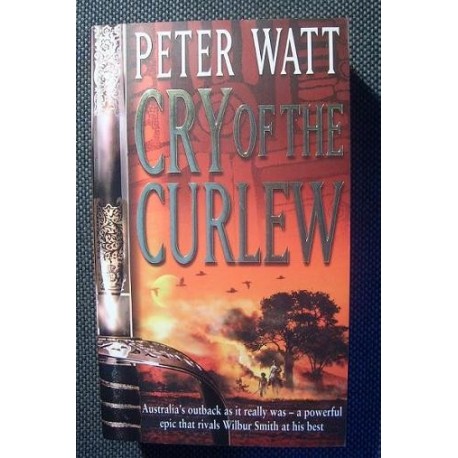 Life was harsh and cheap in the frontierlands of northern Australia. When prosperous landowner Donald Macintosh orders the brutal dispersal of the aboriginal Nerambura tribe from his property in 1862, he little realises the terrible consequences of what he regards as a routine land clearance.

Witnesses to the brutal slaughter, poverty-stricken cattle-drivers Patrick Duffy and his son, Tom, are unwillingly dragged into its aftermath, and a chain of events is set in motion from which neither family will escape intact.

Meanwhile, in thriving Sydney Town, Michael Duffy and Fiona Macintosh are completely unaware of the cataclysmic events overtaking their fathers in the colony of Queensland. When their paths cross on a day's outing from the city, the spark of instant attraction is ignited. But a storm during the ferry trip home is but a small portent of what is to follow...

Spanning the middle years of the nineteenth century, Cry of the Curlew is the compelling epic of the all-consuming cycle of love, death, violence and revenge which overtake the two feuding families as they attempt to tame the wilds of Northern Australia. It establishes Peter Watt as an exceptional new storytelling talent.