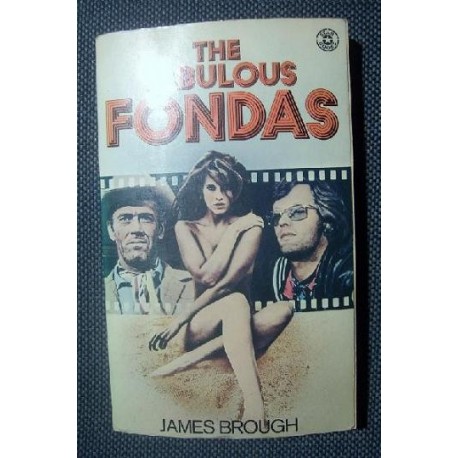 "Henry 'Hank' Fonda, five times married, introverted and publicity shy, one of the screen's greatest stars whose movies, 'The grapes of wrath', 'The ox-bow incident' and '12 angry men' in particular, have endeared him to millions.

Daughter Jane, born to Henry's second wfie who commited suicide by slashing her throat with a razor, oscar-winning star of 'Klute', sometime wife of Roger Vadim, a political animal whom the US government saw fit to 'frame' until she evened the score.

Son Peter, self-confessed drug-taker, star of the '60s smash hit 'Easy Rider' (amongst others), self-made millionaire before he was thirty...."

"There are many untold stories about the Fondas in this excellent book which the Fondas wanted to suppress - until they read it. The revelations of their closely guarded secrets make compulsive reading..." (Photoplay)

"Never a dull moment... Brough sticks to his subject and the Fondas are subject enough!" (Fair Lady)